The Hebrew University Center for Nanoscience and Nanotechnology mission is to support the fabrication and characterization of nanoscale devices and materials for both academic and industrial users. We do this by maintaining a state-of-the-art well-equipped cleanroom facility and advanced characterization instruments with a wide range of capabilities, all operated by our highly professional staff, who are who are experts in their field. On top of being a core facility center, the nano Center provides a platform for research collaborations, encourages Interdisciplinary approach between its faculty members, Initiates and produces various events to promote knowledge and research in Nano and train the next generation of scientists by M.Sc. track with specialization in Nano.

Our vision is to nurture our students to become a major force in shaping the future of Israeli science and technology both in academia and in industry. A special graduate study program towards a M.Sc. degree in Nanoscience and Nanotechnology has been developed in our center, to educate and prepare outstanding students towards a successful research and industrial careers in those cutting-edge fields.

Dr. Hadar Steinberg is an associate professor at the Racah institute of physics. He completed his B.Sc. in mathematics and physics (1994) at the Talpiot program at the Hebrew University and an M.Sc. in astrophysics at Tel Aviv university (1999). He completed his Ph.D. in condensed matter physics at the Weizmann under the supervision of Prof. Amir Yacoby, specializing in low-temperature electronic transport.

END_OF_DOCUMENT_TOKEN_TO_BE_REPLACED

The Nano Center is introducing a unique prize, designated for outstanding BSc students who are taking an active part in a lab of our members.
Beyond recognizing the excellence of the students, the purpose of the prize is also to expose outstanding students to the activities of the Nano Center and to increase the number of candidates for the Center's MSc program after graduating their BSc.
The Center will distribute up to 12 prizes in the amount of 5,000 ILS each. The final number of prizes will be determined by the number of suitable applicants submitted.
Each PI can nominate only one applicant from his lab.

Eligibility Criteria:
• The applicant is a BSc student.
• The applicant has completely finished the first year of his/her BSc degree.
• The applicant's research is conducted in a lab of a member of the Nano Center and is Nano-related
• Minimum average grade of 85

Required Documents for Submission:
1. List of grades including the average grade
2. Research abstract (up to 1 page)
3. Letter of recommendation from the PI

Application Process:
Applications to be sent by the PI via e-mail to eliyay@savion.huji.ac.il no later than April 7, 2022

The award-winning Nano-Art competition allows students to be creative not only in their research field but also in art
Atoms and molecules, natural structures or structures created because of chemical and physical processing of various materials, seen by advanced characterization equipment and by using different artistic techniques become spectacular works.
We are looking for creative work that demonstrates originality, aesthetic value and the ability to project from one area (science) to another (art) - your research work in an artistic vision.

About the prize:
The $10,000 Dan Maydan Prize in Nanoscience Research is awarded annually to an outstanding mid-career scientist, from Israel or abroad, for significant academic achievements in nanoscience and nanotechnology. The prize enables an interchange of knowledge between the Center’s scientists and nano-scientists worldwide

Applications by recognized scientists and scientific leaders nominating suitable candidates should be submitted as PDF files to the HUCNN by email to
huj-nano@savion.huji.ac.il  no later than January 15st , 2022 and should include:

Award ceremony:
The Prize will be awarded to the laureate at a ceremony in spring 2022 at the Hebrew University of Jerusalem, Edmond J. Safra Campus, Jerusalem, Israel. The prize laureate will be invited to Jerusalem for a week as a guest of the Hebrew University nanoscience community, giving academic lectures and seminars as well as engaging and interacting with faculty members, students and technical-scientific staff. 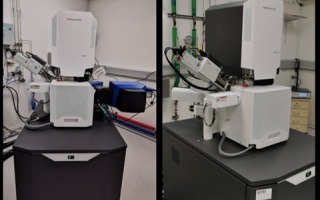 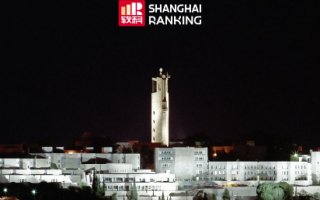 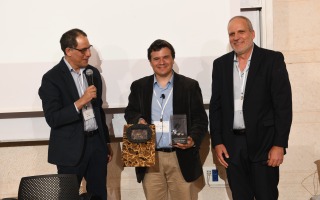 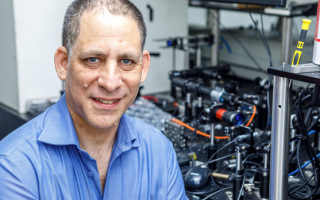