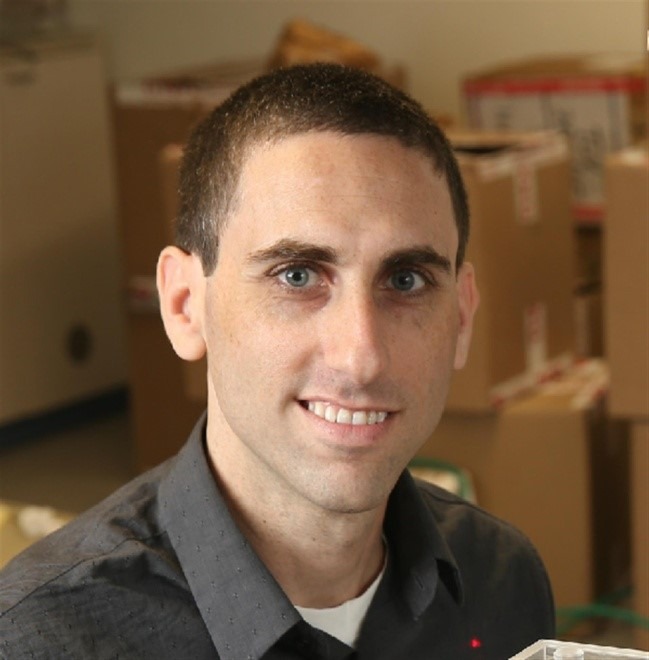 Nir Bar-Gill is an associate professor in the Department of Applied Physics and the Racah Institute of Physics at the Hebrew University of Jerusalem. He holds a B.Sc. degree in Physics and Electrical Engineering (1998) and a M.Sc. degree in Physics (2003) from the Technion. He completed his PhD (2010) in the field of ultracold atoms at the Weizmann Institute of Science. After that, he did post-doctoral research in Ron Walsworth’s group at the Department of Physics at Harvard, where he studied many body spin physics and coherence properties of Nitrogen-Vacancy (NV) color centers in diamond

Nir’s research interests include studying and manipulating isolated quantum systems. “We are currently focusing on studying certain localized defects in diamonds. More specifically, the Nitrogen-Vacancy (NVs) color centers are what interest us. These NVs have unique and very useful quantum properties which can be utilized and manipulated to build a platform for addressing various questions in physics and quantum theory. They are indeed highly promising and applicative in quantum technologies in general”, says Nir.
Diamond is a crystalline hard material that’s composed of carbon atoms. If a carbon atom is replaced with another type of atom, this will lead to a defect in the lattice. Nitrogen-Vacancy (NV) defect is a result of replacing a carbon atom with a nitrogen atom while its neighboring site becomes vacant.
“NVs occur naturally in the diamond. What we are trying to do is to have a better control over the creation of this kind of defects”, says Nir. “We simply take an ultra pure piece of diamond and implant nitrogen into it; we can actually precisely control the creation of these NVs, meaning their concentration and (to some extent) their position. This can be done by controlling the amount of energy that we use to shoot the nitrogen and where exactly we want to shoot it”, explains Nir.

We study and manipulate the NV centers in diamond and improve their properties in terms of getting better quantum systems to be utilized as resources for quantum technologies, such as enhanced magnetic sensing, efficient quantum simulation and quantum information processing.
So actually in Bar-Gill’s labs, students are studying how these quantum systems can process information; that’s a major research aspect in his group. They can really be very effective for quantum computing and eventually might be way faster than achievable with regular computers. In this aspect, NVs can act as building blocks for such powerful quantum processors. 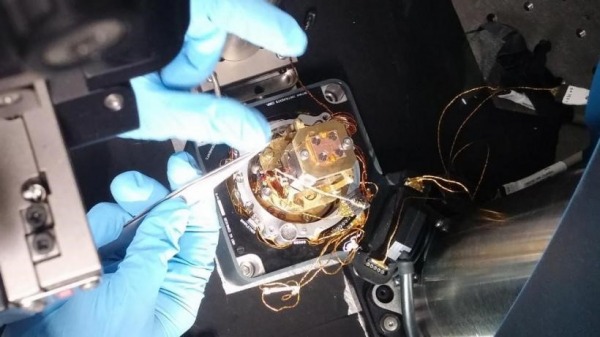 The other aspect, a more applicative one, is using these NVs as magnetic detectors and /or sensors. This is very promising in the Magnetic Resonance Imaging (MRI) and Nuclear Magnetic Resonance (NMR) fields. In principle, the NVs (their spins) are very sensitive to magnetic fields; they can be utilized to detect and/or measure different magnetic signals. The big advantage of this system, over other existing magnetic sensors, is the fact that magnetic fields can be measured optically which gives rise to much better sensitivity and higher spatial resolution. 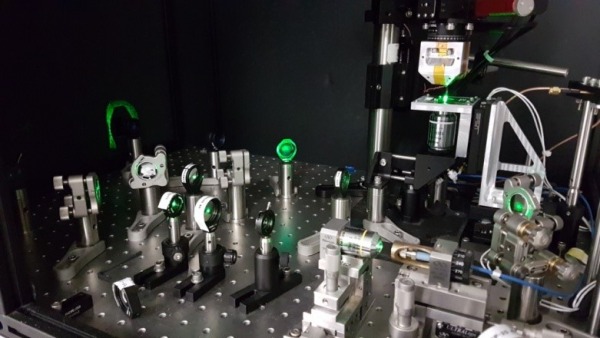 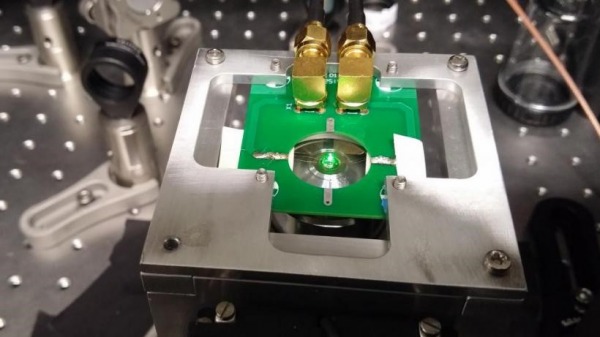 “We’ve built our own optical-magnetic microscope; of course diamond is transparent so we simply shine green light onto a diamond piece, that has a target specimen on top, and measure the red light (fluorescence) coming back out of the NVs, from which we can deduce the magnetic signal. “In my lab, we prepare and design the diamond to have a high density of NV color centers that are very close to its surface; this makes it very sensitive to whatever we place on top of it. In fact, we can do fascinating things with this microscope” says Nir.
Regarding the current challenges his research faces Nir says that “Getting the technology to a level where it can be useful and to offer a product that could make an actual difference is the main challenge in this field. We also face other research-related challenges; the main issues we’re facing: to improve the NVs properties in order to get the longest quantum coherence time, reduce the noise as much as possible, increase the density of these NVs so that they can interact and create new dynamics and unique effects and finally to fully understand the physics behind these quantum systems".
Bar-Gill's recent success stories include a paper which elaborates how these quantum systems act as a platform for measuring various important things in different fields. In addition, Bar-Gill is collaborating with Alex Retzker; trying to use NVs to polarize contrast agents for MRI, without the need of lowering its temperature too much under extremely large magnetic fields. Moreover, there’s a recent published paper that shows how NVs allow to measure noise on the surface which is a very useful technique for measuring any kind of fluctuating signal on the surface.
“During our research journey, we’ve been using the nanocenter facilities and equipment a lot” Nir says. For example, we use the transmission electron microscope (TEM) in a very unique way to shoot electrons into the diamond to help increase the density of the NV color centers within it which enhances its ability to sense and measure magnetic fields. Another example is using the focused ion beam (FIB) to mill into diamond in the nanoscale and build optical structures, wave-guides and wave-couplers, which lead to enhancing the optical coupling of these NVs and thus improves the measured signal. we also utilize electron beam lithography, in the unit of nanofabrication, to fabricate nanometric holes in a superconductor layer covering the diamond, as the superconductor material is very special in channeling the magnetic fields and therefore enhances NV-to-NV coupling. The equipment is cutting edge and my research is completely depending on it. The advantage of the Nano Center is the combination of cutting-edge equipment with the expertise of the technicians operating and managing the equipment. It requires both and the Nano Center fulfills this task in a highly professional manner."